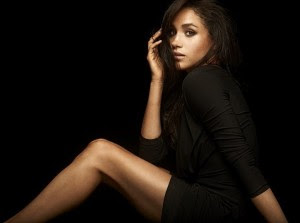 I wanted to write this post for a while, but wasn't sure if it is something people wanted to read about or weather I was in the right to write about it. But while I was eating my porridge this morning I was watching Piers Morgan on GMTV, those of you unfamiliar with this programme, it's a Breakfast television programme here in the UK and there was Piers Morgan  who is one of the presenters  yet again having another go at the Duchess of Sussex. The man is obsessed he never passes up an opportunity to have a go at her.  The story goes he once had a drink with her the very night she first met Prince Harry at Soho House in London, today's offering from the man is that he thinks she is a social climber who ghosted him  right after she met her future Husband, it was probably Harry who said Piers Morgan has got a big mouth don't be friends with him, I am sure Piers fancied her and his nose has been put out of joint, he keeps going on about her.
This week in one particular online news paper The Daily Mail online, there have been nine nasty stories about her, all saying how bossy and demanding she is, that will  give the nasty trolls a chance to leave horrible comments in the comments section, I bet they never even bothered to read the story, just saw the chance to slag off someone they don't even know.  What is it with this women that people feel the need to criticise constantly?   Why do the media build her up and then have her torn  to pieces, is it because she is a normal person from a dysfunctional  family just like our own, or is it because she is American and has gone above her station, or is it because I hate to say it Bi racial,  how dare she marry the man she loves. I personally think it's pure Jealousy, she has managed to capture the most eligible bachelor in the World, they are in love happy and expecting a baby. I personally see  Meghan as intelligent, successful,  beautiful,  and a strong women, how dare she be happy.  That's why personally I do really think she is being bullied, I have read some awful comments and the nasty twisted stories keep coming and coming. Whether you like her or loath her there is no excuse for bullying and it has to stop.

July 26, 2019
In life you can not be happy go lucky  everyday, everyone and I mean everyone has a day where multiple things go wrong, and by the evening you just think my God anything else today.
So I have compiled a list of  ten things that get's  on my absolute nerves I am very sure most of you have one...............

5  Balloons at weddings why oh why would you have balloons all over your reception venue, it…
4 comments
Read more