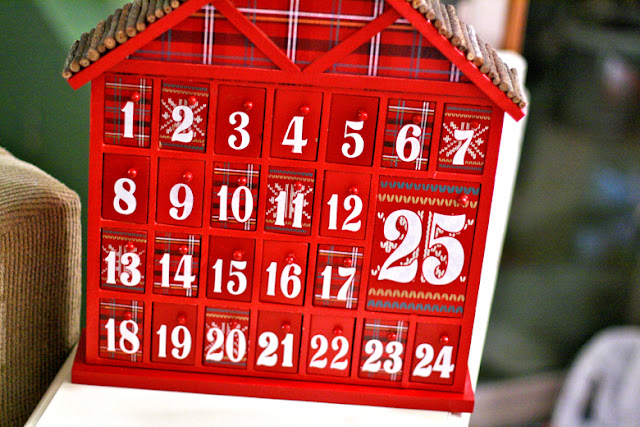 I  woke up this morning and stretched out in my lovely warm bed, and switched on the TV, it was a little early and still very dark outside, so I thought a little breakfast TV might be in order, you don't really watch breakfast TV do you,  but I will have it on in the background, after ten minutes I had that overwhelming sense of guilt, like I am awake and can't just lie here, so I decided to kick of the covers and put my feet on the floor, my God it was so cold, what the hell I ran to the bathroom and that little panic began who didn't set the heating to come on Bastards, well I ran down the stairs and pushed the switch, the house clicked and the thaw out officially had begun.
After I got dressed and ready to venture out, when the hell did it get so damn cold it was pouring with rain outside and freezing rain at that, Winter is so here I thought I bought a new glove and hat set at the weekend that is really going on today, I  walked past the calendar and realised it's the 27th of November, shock horror it's nearly December all I could think of was Christmas is coming Christmas is coming and I have done nothing, I was going to wait till after my nephew's Birthday which is on the 7th of December, to start anything Christmassy.  But no I think I will start the Great British Christmas countdown now, so during my lunch today I went online and bought about six presents and some of them still had black Friday sales still attached, I went home this afternoon feeling pretty pleased with myself and feeling like I had started the mammoth task. I still of course have loads more to do but I think I made a great start. I have decided in my head of course, to buy a little what I call Christmas food each week in the food shop so I don't have to shit myself near the end  like last year.  I am going to be prepared this time and enjoy the holiday and not be exhausted all the way through,  There is one good thing though I didn't by the cordless shark vacuum £80.00 off on Amazon, that I had my eye on. I was a good girl. 😇
Reactions:

MsTee said…
I wish I was ready to begin the task but I'm pushing it off as long as possible. I seem to work better under pressure. Lol Good for you and good luck finishing before the holiday actually arrives.
29 November 2018 at 19:59

Mimi Prentice said…
Thanks MisTee, I am now way finished just didn't want the massive rush I had last year and I couldn't find the things I wanted because they had all sold out, thanks for the comment X
29 November 2018 at 20:45

Unknown said…
Good work! You really jumped on it. It's funny how Christmas can bring on a huge panic. Good luck as the holidays get closer!
29 November 2018 at 21:01