Have You Ever Seen A Ghost? Halloween Special. 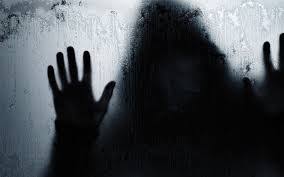 Have you ever seen a Ghost?  I have, Once.   Here are details of my Spooky encounter. No I wasn't drunk as I have been so often asked when I have told my tale before. It was a lovely Summer late afternoon and I was cooking in my Parent's house, I was stirring something on the cooker, My Mother walked into the Kitchen and said "Mimi who is that over there?" I turned and saw her starring out of our kitchen window, I looked to and I saw nobody there, "Where I said?" she pointed at the back of the garden "There she said that man standing looking at us there, the cheeky bugger" I looked and no one was there, my Mum continued to insist somebody was there I saw no one.

For the next few days I continued to tease her saying Mum has a fancy fella looking for her in the garden, she still insisted that a tall man was standing starring at both of us, apparently he was good looking and about 40 ish with dirty blonde brushed back hair. Over the next few day's we all forgot about what she saw.
About a week later, I was back at Mum and Dad's around 7.30 pm it was still light being August  I walked into the Kitchen to make a cup of tea, and I looked out of the window and there was a man standing starring at me in the very same spot that my Mother had said for a second I thought he was a real person, but soon realised he was so was not, he stood there looking at me for about 30 seconds was no expression on his face he was tall and like mum described very good looking but  to me he had a reddish complexion like he had been working or running. then he disappeared from sight in front of my very own eye's. He was definitely  a Ghost,  I wasn't frighted but felt a bit weird, it wasn't an unpleasant experience, but I don't  want it repeated, I have never seen him again, Yet. That's my ghost story do you have any of your own you would like to share feel free to message me on Facebook or Instagram I would love to hear them. Happy Halloween love Mimi.💋 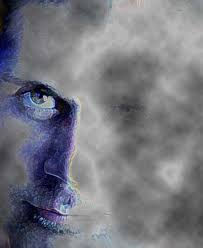