October 30, 2018
Well after I recovered from  the last mountain walk  he took me on I deiced to do another, my idea this time, I jumped out of bed and put my feet on an ice cold carpet, when the hell did it get so cold it's like December here in the UK, my new bathroom floor was even colder, I jumped into the shower and felt lovely and warm, then it was time to get lazy bones out of bed, I heard a grunt and said "we are going for one of my power walk's today",  "OK", came the muffled reply and he got out of bed too,  Yay victory for me.
My sort of walk is pretty, obviously I am not doing a hike up a bloody mountain like last time, or dare to go to the spooky woods remember my spooky woods everyone I nearly shit myself I wrote about it in an earlier post here is the link if you would like to read it Spooky Power Walk , this time I chose a nice park near my  house  where I knew there was a nice little pub at the end of it he he  he we walked there too no car.   I was very very cold, but the sun and lovely Mediterranean looking  blue sky made it feel great it was so nice, all the Autumn leaves are now on the ground, this is my favourite time of year, we walked hand in hand for a good five miles, this walk is becoming a romantic one, just like I planned my lovely readers.
It became  a romantic kind of  afternoon, I didn't plan it that way but it felt really good and I was happy. 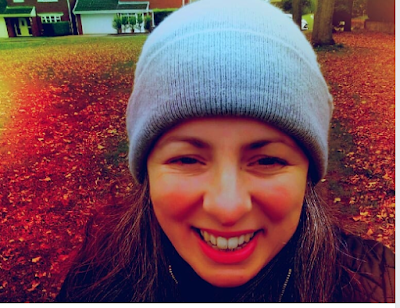 "Food I might have known" he says as we see our secret destination on our romantic travels in the distance  "of course, you know me so well", I was really cold by now because I had forgotten my gloves and my hands were like ice, I could smell the delicious food as we opened  the door of the place  and there was a table  for us the place was busy with dinners, I didn't think it would be so busy I think everyone had the same idea as us, the crisp air made me famished I was ready for this, it was lovely and the gravy was delicious, you know some gravy's are to thin and no flavour at all  this one had so much flavor they must have used the meat juices.
I think we ate to much I couldn't eat anything else but someone managed apple pie and custard, were the hell does he put it, I took a sneaky picture for the blog I was a bit shy and didn't want to ask the chef in case he thought I was insane. 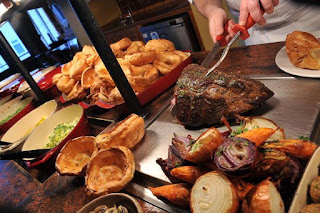 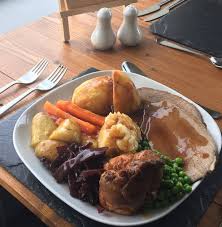 Some good news guys you know the horrible grey trainers I bought that I mentioned in an earlier post I love them now, they are so comfy I wear them all the time. Mimi 💋